II Corinthians 10:1-3:
Moreover, brethren, I do not want you to be unaware that all our fathers were under the cloud, all passed through the sea, 2 all were baptized into Moses in the cloud and in the sea, 3 all ate the same spiritual food, 4 and all drank the same spiritual drink. For they drank of that spiritual Rock that followed them, and that Rock was Christ. 5 But with most of them God was not well pleased, for their bodies were scattered in the wilderness.
​Prayer is the most potent force known to humanity. Because we have been made partakers in Jesus' victory over sin and death (1 John 4:4), we have the authority as sons and daughters of God to pray for others, pushing back the darkness of sin and oppression. In prayer, we have a weapon that has divine power to destroy strongholds" (2 Corinthians 10:4). -Word Among Us
This is vital and must be continual. Notice the word “Casting” is a word that implies continual diligence. Strongholds in our lives are built on lies like:
• No one will see me
• Everyone else is doing it
• I can never get victory over this, so I might as well not try
• This is just the way I am, it’s not going to change
• I give up. I have tried, and tried.
• No one cares about me
These thoughts and reasonings and others that exalt themselves against the knowledge of God must be cast down continually. The phrase “casting down imaginations” is interesting because it means to lower with violence. This defines mental warfare. The battles of the mind must be fought. You must guard your mind and be ready to take violent action against imaginations that are planted in your mind by the enemy. (Mount Zion Baptist Church)

November 7, 2021:
Men cannot find God in their imaginations. Only he seeking for Him apart from their imaginations can they find Him. The imagination is spoken of as a “vain thing” in scripture that can weaken or usurp the effectiveness of the word of God. The word “imaginations” here could be translated “reasonings of natural men.” The worlds reasonings are foolishness to God. So we must cast down false reasoning for truth.
The principles of the other sciences, either are evident and cannot be proved, or they are proved by natural reason in some other science. But the knowledge proper to this science comes through revelation, and not through natural reason. Therefore it is not its business to prove the principles of the other sciences, but only to judge them. For whatsoever is found in the other sciences contrary to the truth of this science must be condemned as false.​
What we fail to understand is that to be against something is to be for something else. So to be against abortion is to be in favor of life. To be against poverty is to be for the well-being and nurture of humanity. To be against human trafficking is to be for the dignity and respect of innocent people.
The gospel is not only a positive declaration that Christ has conquered sin and death and has made a way for sinners to find their way to God. It’s not only a positive declaration that Christ is King over the earth. The gospel is also a crushing blow against the evil powers that enslave men in sin and death. You might argue that if Christians are only ever for things, they are preaching an incomplete gospel.   --Dan Darling [Baptist 21] 09.08.16
The Greek words translated “casting down imaginations” in the KJV can also be translated as “destroying arguments” (ESV) or “destroying speculations” (NASB 1995). These latter translations add some clarity to the meaning of the phrase. Paul is utilizing divine weapons to destroy or bring down speculations, arguments, and reasonings that are against the knowledge of God. (Got Questions) 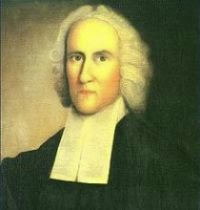 ​“The obedience of Christ excels all others, because,


1. It was perfect with a sinless perfection, and so exceeds all fallen men’s obedience.
2. It was perfect with a legal perfection. It was a finished righteousness, Christ continuing perfectly obedient to the end of the time of his probation, and so it exceeded Adam’s righteousness, that he had before the fall.
3. It was a person infinitely worthy, and infinitely valued and loved of God that obeyed.
4. The works or acts [that] was required of him by the law that he was under, and that he performed, were superlatively excellent, for it was a work of the highest love to God and love to creatures, and he in this work exercised a love to both immensely excelling all others, which gave an exceeding value to the work in the eyes of the Father.
5. It was a perfectly free gift to God, and not a debt; that is, it was not what he owed in his original circumstances.
6. Never was there so great and difficult a work required of any other, as Christ performed in obedience to God.
7. Never was so much good done by any work of righteousness, both of glory to God and good to fellow creatures. In these five last things, Christ’s obedience immensely exceeds the angels.”

- Jonathan Edwards (1703-1758), Miscellanies, 841
II Corinthians 10:6-33:
Now these things became our examples, to the intent that we should not lust after evil things as they also lusted. 7 And do not become idolaters as were some of them. As it is written, “The people sat down to eat and drink, and rose up to play.” 8 Nor let us commit sexual immorality, as some of them did, and in one day twenty-three thousand fell; 9 nor let us tempt Christ, as some of them also tempted, and were destroyed by serpents; 10 nor complain, as some of them also complained, and were destroyed by the destroyer.
11 Now all these things happened to them as examples, and they were written for our admonition, upon whom the ends of the ages have come.
12 Therefore let him who thinks he stands take heed lest he fall. 13 No temptation has overtaken you except such as is common to man; but God is faithful, who will not allow you to be tempted beyond what you are able, but with the temptation will also make the way of escape, that you may be able to bear it.14 Therefore, my beloved, flee from idolatry. 15 I speak as to wise men; judge for yourselves what I say. 16 The cup of blessing which we bless, is it not the communion of the blood of Christ? The bread which we break, is it not the communion of the body of Christ? 17 For we, though many, are one bread and one body; for we all partake of that one bread.


18 Observe Israel after the flesh: Are not those who eat of the sacrifices partakers of the altar? 19 What am I saying then? That an idol is anything, or what is offered to idols is anything? 20 Rather, that the things which the Gentiles sacrifice they sacrifice to demons and not to God, and I do not want you to have fellowship with demons. 21 You cannot drink the cup of the Lord and the cup of demons; you cannot partake of the Lord’s table and of the table of demons. 22 Or do we provoke the Lord to jealousy? Are we stronger than He?

All things are lawful for me, but not all things are helpful; all things are lawful for me, but not all things edify. 24 Let no one seek his own, but each one the other’s well-being.
25 Eat whatever is sold in the meat market, asking no questions for conscience’ sake; 26 for “the earth is the Lord’s, and all its fullness.”
27 If any of those who do not believe invites you to dinner, and you desire to go, eat whatever is set before you, asking no question for conscience’ sake. 28 But if anyone says to you, “This was offered to idols,” do not eat it for the sake of the one who told you, and for conscience’ sake; [i]for “the earth is the Lord’s, and all its fullness.” 29 “Conscience,” I say, not your own, but that of the other. For why is my liberty judged by another man’s conscience? 30 But if I partake with thanks, why am I evil spoken of for the food over which I give thanks?
31 Therefore, whether you eat or drink, or whatever you do, do all to the glory of God. 32 Give no offense, either to the Jews or to the Greeks or to the church of God, 33 just as I also please all men in all things, not seeking my own profit, but the profit of many, that they may be saved.