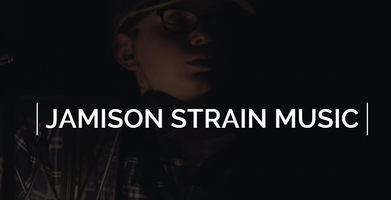 Reporter: They (QAnon) Think You’re "Secretly Saving the World from This Satanic Cult of Pedophiles and Cannibals"
Trump: "Well I haven't heard that, but is that supposed to be a bad thing?"​ is a dynamic worship leader and prolific songwriter based in Houston, Texas. His heart is for people to experience the fullness of God in their lives, responding to the greatness of who He is and what He has done. Growing up as a pastor’s kid, Jamison developed a desire to lead people to Jesus at a young age. Also at a young age, Jamison showed an interest in music. He enjoyed singing and was taking classical piano lessons but at 10 years old most of his musical focus was put on the drums. “My dad let me play for Sunday night church [and] as I got better I started playing every Sunday in our church” Jamison recalls. But it wasn’t until they moved to Katy Texas and the youth choir director gave him a solo that everyone realized he had a special gift that wasn’t behind the drumset. After performing his mom told him, with tears in her eyes, that she felt like he had been hiding behind the drums for too long; “It was a neat moment that God affirmed what He wanted me doing.”

In 2010 Jamison released his first full-length album entitled The Journey. In April 2013, he released his first single “Let Me Soar,” featuring Grammy-nominated artist and producer Sarah Kelly. Often used for graduation ceremonies and other family oriented events, Let Me Soar began to open other doors for Jamison to continue touring and sharing his music. Over the years, Jamison has had the privilege to share the stage with such national acts as Shane & Shane, Jamie Grace, Wayne Kerr, Sarah Kelly, Greg and Janna Long of Avalon, DecembeRadio and Pocketful of Rocks.