Dec 14, 2021: The Richest: ​Holy Millions: 10 Richest Celebrity Preachers In The World
T.D. Jakes has made guest appearances in movies with the world's richest celebrities, is an established author, movie producer, and the Bishop of the Potter's House International megachurch, which boasts a capacity of 30,000 members. Sources estimate the building of the church to be at $45 million.
Sept 10, 2021: Tempo: ​Praying with Gary V.
Pray.com has multiple functions that can be accessed by registered users: daily prayers every morning, nightly prayers before bedtime, audio Bible stories, Christian meditations, prayer plans, podcasts of pastors from around the world including globally renowned Christian personalities like John Piper, TD Jakes, Joyce Meyer, Manny Pacquiao and even Philippine pastors James Aiton of Favor Church, Paul and Shoddy Chase, and Mylene Evangelista of New Life Church, and Bo Sanchez of Light Of Jesus Family. It also has inspirational music of different genres.
Aug 12, 2021: Christianity Today: ​How T.D. Jakes and Local Churches Became Affordable Housing Developers
This summer, with home prices continuing to climb during the pandemic, the Atlanta native learned that Bishop T. D. Jakes, pastor of The Potter’s House in Dallas, was behind an effort to develop affordable housing at a former military base nearby. 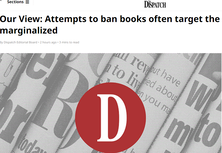