Dec 5, 2021: Newsweek: Bob Dole Tributes Pour in After Former GOP Senator Dies at 98
"Senator Bob Dole was a war hero, a political leader, and a statesman—with a career and demeanor harkening back to a day when members of the Greatest Generation abided by a certain code, putting country over party. Our thoughts are with Elizabeth and the Dole family," former President Barack Obama tweeted.
Aug 22, 2021: ​DACA: Nine years later, many remain unfree in the land of the free
​President Barack Obama stated that undocumented individuals “are American in their heart, in their minds, in every single way but one – on paper” as he announced the Deferred Action for Childhood Arrivals (DACA) Program in June 2012.

Aug 20, 2020:
​👉Former President Barack Obama offered harsh criticism of Trump in his remarks at the DNC Convention on Wednesday. Trump tweeted out --in capital letters so we would know he meant it-- that Obama "SPIED ON MY CAMPAIGN, AND GOT CAUGHT!" Spygate is a conspiracy theory initiated by Trump that the Obama administration had placed a spy in his 2016 presidential campaign for political purposes. No evidence has ever been found but if anyone was spying on Trumps campaign it was probably for just they needed a good laugh now and then or looking for his tax returns, which may be just as funny.

If you think God moves in strange ways, you should see me after I walk through a spider web. Jus sayin..😎

Oct 3, 2016: Huffington Post: Obama Offers Final Rosh Hashanah Greeting As President
​It’s the beginning of the new year for Jews around the world, and the closing of a chapter for President Obama. 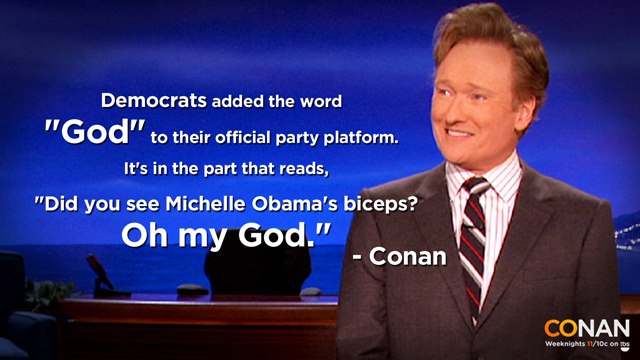 At a meeting of his top staff, Obama read a news clip that said 78% of Americans do not know who the Vice President is. Biden raises his hand and says, "could you give us a hint?"

"In a new interview with Rolling Stone magazine, President Obama said he has Stevie Wonder, Bob Dylan, and the Rolling Stones on his iPod. Unfortunately, the question was “Do you have a plan to fix the economy?”" -Jimmy Fallon

"President Obama's approval rating dropped again. Things are so bad, Muslims are accusing him of being Christian." -Jay Leno

Each president has his own path to personal redemption. Bill Clinton came to Jesus, George W. Bush talked with Jesus, and Barack Obama fills in for Jesus on major holidays.

Soon everyone that works at CNN, ABC, NBC and CBS will be fired for using words from the dictionary

I can see November 2nd from my keyboard!

If you stand close enough to a liberal, you can hear the ocean.