Dec 7, 2022: Time: ​2022 PERSON OF THE YEAR: VOLODYMYR ZELENSKY
Zelensky’s success as a wartime leader has relied on the fact that courage is contagious. It spread through Ukraine’s political leadership in the first days of the invasion, as everyone realized the President had stuck around. If that seems like a natural thing for a leader to do in a crisis, consider historical precedent. Only six months earlier, the President of Afghanistan, Ashraf Ghani—a far more experienced leader than Zelensky—fled his capital as Taliban forces approached. In 2014, one of Zelensky’s predecessors, Viktor Yanukovych, ran away from Kyiv as protesters closed in on his residence; he still lives in Russia today. Early in the Second World War, the leaders of Albania, Belgium, Czechoslovakia, Greece, Poland, the Netherlands, Norway, and Yugoslavia, among others, fled the advance of the German Wehrmacht and lived out the war in exile.
Dec 7, 2022: NBC News: Additional items marked classified found in Trump storage unit
A search for documents carried out at the behest of former President Donald Trump's attorneys turned up two documents with classified markings at a Florida storage facility, two people familiar with the documents told NBC News.
Dec 7, 2022: Los Angeles Times: ​Column: Warnock won and Walker lost because voters judged on character
But was it really progress that put two Black men — Sen. Raphael Warnock, the Democrat who won Tuesday’s runoff, and Herschel Walker, the football legend and Republican candidate — on the ballot? I don’t think so, not given the self-serving cynicism that led first Donald Trump and then other pliant Republican leaders to pluck Walker from Texas to run against Warnock, the senior pastor at Dr. King’s Ebenezer Baptist Church in Atlanta. Leading Black pundits called Walker’s candidacy tokenism and “an insult to Black people,” given his evident unfitness for the office.
Dec 7, 2022: Intelligencer: ​Raphael Warnock Is the Exception
I spent several weeks this summer following Raphael Warnock’s reelection campaign across Georgia, and the closest I got to a one-on-one interview was when I asked him a question he didn’t want to answer. It was August 17, the day Rudy Giuliani testified about 2020 election interference at the Fulton County courthouse. “I was wondering if you had any comment on Giuliani’s testimony this morning,” I asked the senator, who won his runoff against former football star Herschel Walker on Tuesday. ​
Dec 7, 2022: NPR: ​Germany says it foiled a far-right coup plot. Here's what we know
The far-right coup plotters had mapped out their own government, with people chosen for cabinet-like roles if they succeeded in overthrowing Germany's elected leaders. That's among the revelations shared by German officials on Wednesday in an update on what they say was a conspiracy foiled by a massive anti-terrorism operation
Dec 7, 2022: Verdict Justia: ​Can SCOTUS Prevent Free Speech from Swallowing Anti-discrimination Law?
On Monday, the Supreme Court heard oral argument in 303 Creative LLC v. Elenis. As the case comes to the high Court, it presents a clash between a Colorado law forbidding places of public accommodation from discriminating based on sexual orientation and a conservative Christian web designer’s objection to creating material that, she says, tacitly expresses approval of same-sex marriage. Although the original complaint raised issues of both religious freedom and free speech, the Court took the case to decide the free speech question alone.
Dec 6, 2022: Christian Headlines: Trump's Recent Comments and Actions Are 'Incompatible with Serving' as President, Mohler Says
Theologian R. Albert Mohler Jr. is speaking out about recent comments and actions by former President Donald Trump, calling them reckless and anti-conservative while suggesting that Republicans must rally around a different candidate for 2024.
Dec 5, 2022: Gainesville Times: ‘It’s an emergency’: Sen. Warnock rallies church crowd in Gainesville, discusses stakes of election
​Sen. Raphael Warnock lived up to his reverend title on Sunday, preaching about the importance of his Senate race during a lively campaign rally at St. John Baptist Church in Gainesville.
Warnock is running against Herschel Walker for one of Georgia's two U.S. Senate seats. The winner will be decided in the runoff election Tuesday, Dec. 6. Neither candidate was able to secure more than half the vote in the general election, which is required to avoid a runoff in Georgia. Less than 1% of the vote separated the candidates, with Warnock ahead by about 37,000 votes.

December 6, 2022:
Lara Trump, wife of Donald Trump’s son Eric, will no longer be a paid Fox News contributor. “We appreciate Lara’s valuable contributions across Fox News Media programming,” a Fox News spokesperson said in a statement. The Los Angeles Times noted, “Fox News has made it a rule to not employ people running for office or directly connected to active campaigns.”
HUH?????
​     Sean Hannity, Laura Ingraham, TucKKKer Carlson, Fox and Friends hosts and many others at Fox News have spent most of their time on air campaigning for people like Donald Trump. So if the Fox News "rule" was actually being followed...they would have to dump most of the station personalities.

​Life was already extremely difficult for Afghans before the Taliban returned to power more than a year ago, but it has only become more difficult since. The country’s economy is in ruins, and the United Nations estimates that half of Afghans -- some 20 million people -- suffer from acute hunger.
Gallup’s surveys in Afghanistan, conducted in July and August 2022, coinciding with the one-year anniversary of the Taliban’s takeover, show life is worse for Afghans than it has been at any point during the past decade -- or for anyone else on the planet.   ---​Afghans Sink Deeper Into Despair Under Taliban's Control   12.1.22
Dec 5 2022: ABC7: ​Gunman who shot Lady Gaga's dog walker in Hollywood sentenced to 21 years in prison
The man who shot Lady Gaga's dog walker and stole her French bulldogs last year took a plea deal and was sentenced to 21 years in prison on Monday, officials said.
Dec 5, 2022: Bloomberg: ​North Carolina Attack Shows US Power Grid Is ‘Extremely Vulnerable’
​The attacks that left two electrical substations in North Carolina riddled with gunfire and knocked out power to about 45,000 homes and businesses underscores the fragility of US grids, experts said Monday.
The FBI is investigating the assault which left “extensive damage” to the substations in Moore County, North Carolina. The destruction was discovered around 7 p.m. Saturday evening, county sheriff Ronnie Fields said in a news conference Sunday.
Dec 5, 2022: Reporters Committee for Freedom of the Press: ​It’s time to pass the PRESS Act
The time between an election and the inauguration of a new Congress — or the lame duck, as it is affectionately known — is ironically a time when things can happen on the Hill, in part because departing members don’t have to worry about reelection, and Congress has to agree on certain must-pass bills (the National Defense Authorization Act, for instance) before year’s end. This year, the Senate has a unique opportunity to pass a landmark federal shield bill that would protect journalists from being forced to disclose source information and work product to federal agencies and courts, with narrow exceptions.
Dec 5, 2022: Politico: ​Giuliani defends 2020 election challenge at D.C. Bar hearing
Former New York City Mayor Rudy Giuliani said Monday that it was his “obligation” as a lawyer to attempt to overturn the results of 2020 presidential election in Pennsylvania on behalf of his then-Client, Donald Trump.
Dec 5, 2022: ScotusBlog: ​Will Jackson be the Supreme Court’s next great opponent of capital punishment?
​With Breyer gone, who will emerge as the left’s chief critic of capital punishment? It may end up being his successor, Justice Ketanji Brown Jackson.
Jackson’s views on the death penalty were largely unknown when she was elevated to the high court. In her nine years as a lower-court judge, she never handled a death-penalty case, and she said little about the issue in her nomination hearings. But Jackson’s early work as a justice hints that she may take up Breyer’s mantle, just as Breyer took up Blackmun’s.
Dec 5, 2022: NPR: ​Supreme Court hears clash between LGBTQ and business owners' rights
The U.S. Supreme Court hears arguments Monday in a potential landmark case that pits two cherished constitutional principles against each other. On one side are laws that guarantee same-sex couples equal access to all businesses that offer their services to the public. On the other are business owners who see themselves as artists and don't want to use their talents to express a message that they don't believe in. 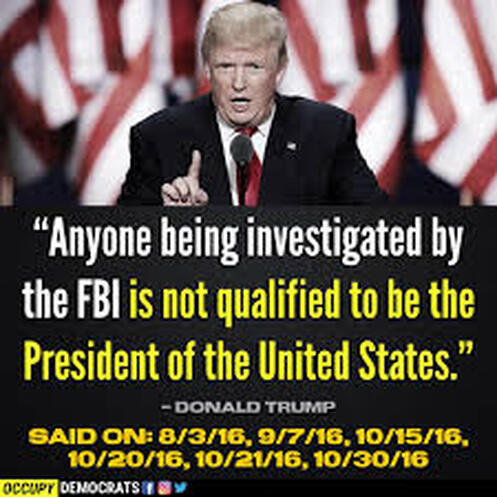 Tuesday election was a run-off between Tim Gray and Tameika Smith.  As the early boxes came in and were counted, the numbers looked close.  Soon, Gray pulled solidly ahead.  Gray—2328 and Smith—962
​Run-Off Election Places Tim Gray as Chancery Clerk 11.30.22

​​Kevin McCarthy suggests Republicans will hold their own hearings on the January 6 attack on the Capitol and on democracy, but with a "vastly different focus."
I presume that means Hunter Bidens laptop is going to get blamed for Jan 6. (12.1.22)