Dec 5, 2022: Bloomberg: ​North Carolina Attack Shows US Power Grid Is ‘Extremely Vulnerable’
​The attacks that left two electrical substations in North Carolina riddled with gunfire and knocked out power to about 45,000 homes and businesses underscores the fragility of US grids, experts said Monday.
The FBI is investigating the assault which left “extensive damage” to the substations in Moore County, North Carolina. The destruction was discovered around 7 p.m. Saturday evening, county sheriff Ronnie Fields said in a news conference Sunday.
The Citizen: ​Student, 17, charged with domestic terrorism for threats against 2 Fayette high schools
​A north Fayette County high school student has been charged with domestic terrorism in connection with threats made to two Fayette County high schools.
Investigators with the Fayette County Sheriff’s Office on Nov. 15 arrested 17-year-old Javon Sullivan of north Fayette County.
Sheriff Barry Babb said Sullivan has been charged with terroristic threats and domestic terrorism.
Babb said the charges stem from threats of school violence disseminated on social media and directed to at least two Fayette County high schools.
11.16.22
The Senate Homeland Security Committee has released a report that alleges the FBI, Department of Homeland Security and top social media sites are not doing enough to address the growing threat of domestic terrorism. -MSNBC 11.16.22
​As of August 8, 2022, ADL Center on Extremism (COE) has identified 373 individuals in the Oath Keepers database who are believed to be currently serving in law enforcement agencies across the country. This number is far higher than any previously identified number of extremists within law enforcement; for comparison, a COE report released in 2021 identified 76 cases – 73 of which were unique – in which extremists were found to be serving in law enforcement.
Among these 373 law enforcement employees, COE identified individuals holding a variety of positions, including officers, detectives, sergeants, lieutenants and captains. However, COE also identified individuals who are currently holding senior leadership positions within their respective agencies, including at least ten chiefs of police and eleven sheriffs.
Oath Keepers is an American far-right anti-government militia whose members claim to be defending the Constitution of the United States. It was incorporated in 2009 by founder Elmer Stewart Rhodes, a lawyer and former paratrooper. Most research determined the Oath Keeper membership to be approximately 5,000 members, while leaked data showed Oath Keeper rosters claiming membership of 38,000.
Dec 20, 2021: Washington Post: ​Pentagon updates rules to address extremism in the military
​The Pentagon is updating its personnel policies to address a concerning rise of extremism within the military and hold service members accountable for the views they express on social media, officials said Monday.
Dec 12, 2021: Deadstate: ​Proud Boy gets slapped with 10 years in prison for assaulting BLM protesters
Alan Swinney was found guilty by an Oregon jury on Oct. 11 on charges related to a protest in Portland last year after the police killing of George Floyd in Minneapolis. He was charged with multiple counts of assault, unlawful use of mace, unlawful use of a weapon with a firearm, unlawful use of a paintball gun and pointing a firearm at another person.
This short accounting of early terrorism inflicted on the natives was just the tip of the iceberg. We don’t teach this part of American history in school. The massacres inflicted on Native Americans from “sea to shining sea” are not a part of the American myth of brave settlers, fur traders, mountain men, cowboys, missionaries, and homesteaders. This was the original sin of America. The taking of this land we all call the United States of America, is a story of terrorism. There is no honest way to talk about American history without retelling these stories of atrocities.
Unfortunately, historians have done us all a disservice by leaving these well documented atrocities out of the story of America we all learn. It is shameful and harmful to leave this part out of the history classes that millions of us have sat through. 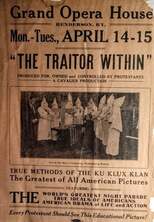 Dec 3, 2021: The Gleaner: ​Frank Boyett: First local Klan presence in Henderson detected 100 years ago
That’s not entirely accurate because Henderson had an earlier version of the KKK in 1868, more than 50 years earlier. The heyday of the Klan, however — both in Henderson and nationwide — was in the 1920s, and I’ve been keeping a sharp eye out for when The Gleaner first took notice of the organization.