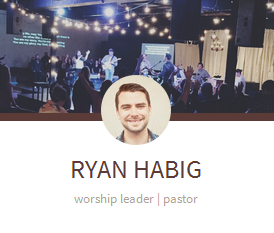 Dec 20, 2019: ​Times of San Diego: Jim Garlow, Ex-Skyline Church Leader, Rips ‘Christianity Today’ Slam of Trump
​ But Garlow drew criticism as well, including from the Rev. Matthew Hambrick, pastor of Trinity United Methodist Church in San Diego.
“Pastor to pastor: every time you stand up for this man regardless of behavior and the evidence of his corruption, you teach the world not to trust Christian leaders,” Hambrick tweeted Friday.

Peter was born in Cape Town (in 1960) and brought up in Bulawayo (in what was then war-torn Rhodesia - now Zimbabwe). He was converted to Christ in 1977, worked in Scripture Union and Hospital Christian Fellowship, served in the South African Defence Force and studied at Baptist Theological College, Cape Town. He also earned a Doctorate in Missiology and has been awarded an Honorary Doctorate in Divinity. Peter is married to Lenora, whose missionary parents Rev. Bill and Harriett Bathman have pioneered missionary work, mostly into Eastern Europe, for over 60 years. Peter and Lenora have been blessed with 4 children: Andrea, Daniela, Christopher and Calvin whom they have home schooled.
For over 33 years, Dr. Peter Hammond has pioneered missionary outreaches, including into the war zones of Mozambique, Angola and Sudan. Often travelling by off road motorbike, Peter has travelled hundreds of thousands of kilometres to deliver Bibles to persecuted Christians in Africa and Eastern Europe. In the course of his missionary activities, Peter has been ambushed, come under aerial and artillery bombardments, been stabbed, shot at, beaten by mobs, arrested and imprisoned. In some mission trips he has flown far behind enemy lines to the Nuba Mountains in central Sudan with tons of Bibles, books and relief aid. He has walked throughout the war devastated Nuba Mountains showing the Jesus film in Arabic, proclaiming the Gospel, training pastors and evading enemy patrols.

Rev. Peter Hammond is the Founder and Director of Frontline Fellowship, the Founder and Chairman of Africa Christian Action, the Director of the Christian Action Network and Chairman of The Reformation Society. He is the author of Faith Under Fire In Sudan, Holocaust In Rwanda, In the Killing Fields of Mozambique, The Great Commission Manual, The Biblical Worldview Manual, Putting Feet To Your Faith, The Greatest Century of Missions, Biblical Principles For Africa, The Discipleship Handbook, Slavery, Terrorism and Islam - The Historical Roots and Contemporary Threat, The Greatest Century of Reformation, The Power of Prayer Handbook, Practical Discipleship, Answering Skeptics and Victorious Christians – Who Changed the World.. He is the Editor of both Frontline Fellowship News and the Christian Action magazine. He is also a Contributing-Editor of JOY! Magazine and JUIG!

Aug 17, 2015: The Society of Phineas: Book Review: I Kissed Dating Goodbye by Joshua Harris
I Kissed Dating Goodbye is not an unfamiliar thing to readers of this blog, as it has been referenced repeatedly in posts done here (“Related” link set to come) and elsewhere in relation to the common problems that have been noticed in inherently Christian environments.
​
Joshua Eugene Harris (born December 30, 1974 in Dayton, Ohio) is an American pastor and author, perhaps most widely known as the author of I Kissed Dating Goodbye (1997), in which he explains what he believes to be the biblical approach to dating and relationships. He is currently senior pastor of Covenant Life Church, the founding church of Sovereign Grace Ministries, in Gaithersburg, Maryland. He is the first of seven children born to Gregg and Sono Harris, pioneers in the Christian homeschooling movement. He is of Japanese descent on his mother's side.
​

Jan 19, 2021: Religion Dispatches: WHERE WERE THEY RADICALIZED? NO ANSWER IS COMPLETE WITHOUT ADDRESSING EVANGELICAL CHURCHES AND SCHOOLING
As the United States prepares for the end of a nightmarish one-term presidency that seemed to drag on forever, Americans continue to unpack the January 6 insurrection that now even soon-to-be Senate Minority Leader Mitch McConnell admits was “provoked” by President Donald Trump. On January 16, NBC political analyst Mehdi Hasan tweeted, “#whereweretheyradicalized is a question we’re going to be asking of GOP lawmakers at federal and state/local levels for many, many years to come, sadly,” adding that the answer would lie primarily in “a combo of Fox/OANN/Newsmax and Facebook.”

Jackie Hill is known as a poet but she is simply a sinner saved by a gracious God.Born in St.Louis, Mo on June 21, 1989, she was raised with a knowledge of God due to some close family members influence on her young life. Growing up, Jackie was molested by a family friend, bullied in school, and fatherless, which accompanied with a inherent separation from God, led her into a lifestyle of rebellion, homosexuality, drug use, porn addiction, and everything wicked.Yet, she was loved and desired by a God who predestined her to know Him (Eph1:11), Who died in her place while she was yet a sinner (Rom 5:8), and ressurected from the grave after 3 days. This same God spoke to her in October 2008, while she was 19, revealing to her that her lifestyle would ultimately be the death of her (Rom 6:23), if she chose not to walk away, but also, that her experience in that same lifestyle would bring hope and freedom to many others. At that moment, after much debate with God, she BELIEVED all that He told her and made the decision, to turn from her sin and give her life completely to Jesus. Now, after walking with the Lord for four years, at the age of 24, God has allowed Jackie to witness to thousands of people, thru the gift of poetry, about the grace and power of God! And her life’s goal is to see people believe in Jesus for the IMPOSSIBLE!

Sept 4, 2016: Pulpit & Pen: Johnny Hunt Drinks Your Milkshake
That opportunistic baron, a major player in the church business, is megachurch pastor Johnny Hunt of First Baptist Church of Woodstock. Hunt’s church already has four campuses across two states. In a video published by the North American Mission Board, Hunt offers faltering churches a chance at “revitalization,” all he asks for in return is the deed to the church’s valuable real estate.
​