Aug 11, 2021: 62DetroitCBS: ​Stevie Nicks Cancels All 2021 Performances Over Coronavirus Concerns
​Citing coronavirus concerns, Stevie Nicks has canceled five forthcoming performances at music festivals, she said in a statement Tuesday.
Nicks had been scheduled to headline one day each of BottleRock Napa Valley in California and the Jazz Aspen Festival in Colorado in September. In October, she was to have played two days of the Austin City Limits Music Festival and one day of the New Orleans Jazz and Heritage Festival.
Oct 25, 2013: International Business Times: Is Stevie Nicks A Witch? ‘American Horror Story’ Season 3 Ignites Old Rumors, But Are They True?Oct 13, 2013: In Touch: Stevie Nicks Was Devastated By Cory Monteith's DeathSept 30, 2013: Ultimate Classic Rock: Lindsey Buckingham Says New Fleetwood Mac Album Depends on Stevie NicksJan 12, 2013: The Guardian: Stevie Nicks: the return of Fleetwood Mac ​ 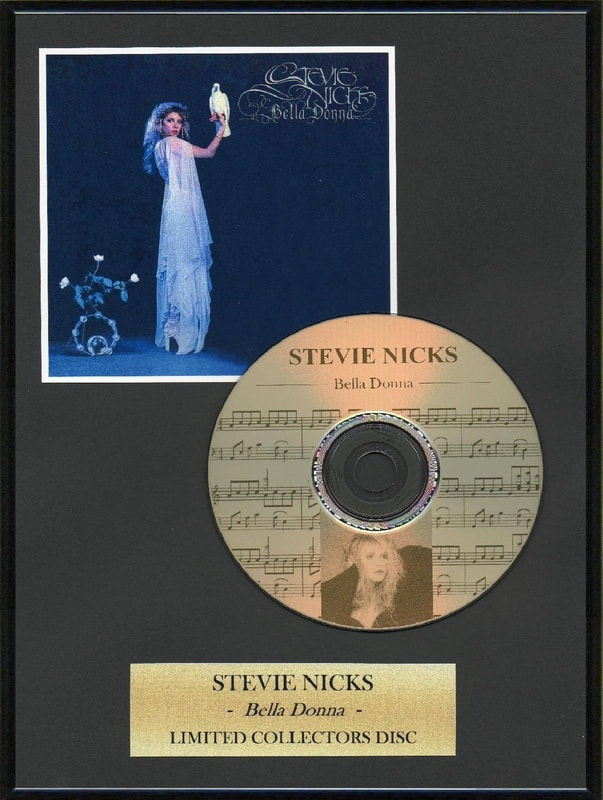 ​Nicks began work on Bella Donna in 1979, in between sessions for her third album as part of Fleetwood Mac, Tusk, released in October that year. The initial recordings for the album were in demo form, with Nicks accompanying herself on piano or electric piano for songs that were initially planned for inclusion but later shelved, such as "Lady from the Mountains," "Castaway", "Gypsy" (later resurrected for Fleetwood Mac's Mirage in 1982), and "I Sing for the Things" (later re-recorded for 1985's solo album Rock a Little).

Further demos were recorded during Fleetwood Mac's extensive ten-month world tour of 1979–80 including a notable April 1980 session with Tom Petty that ultimately went unused; following the tour's end in September 1980, work with a full band of other musicians commenced. Among the earliest songs recorded during the autumn 1980 sessions were "Blue Lamp", "Outside the Rain", and "How Still My Love."

Numerous sessions and multiple takes ensued, including various re-recordings, well into the spring of 1981, when the final songs for the album, "Edge of Seventeen" and "Stop Draggin' My Heart Around", were completed. A trove of finished material for the album, with the same band of musicians, was not included on the official ten-song 42-minute album release in the summer of 1981 – "Blue Lamp", which was released instead on the Heavy Metal soundtrack later in 1981, "Gold and Braid", performed live in concert during Nicks' 1981 concert tour, and "Sleeping Angel", released on the Fast Times at Ridgemont High soundtrack in 1982. These three songs feature on her Enchanted boxed set in 1998. "If You Were My Love", "The Dealer (aka Mistress of My Fate)", and "Julia" remain unreleased completed takes. 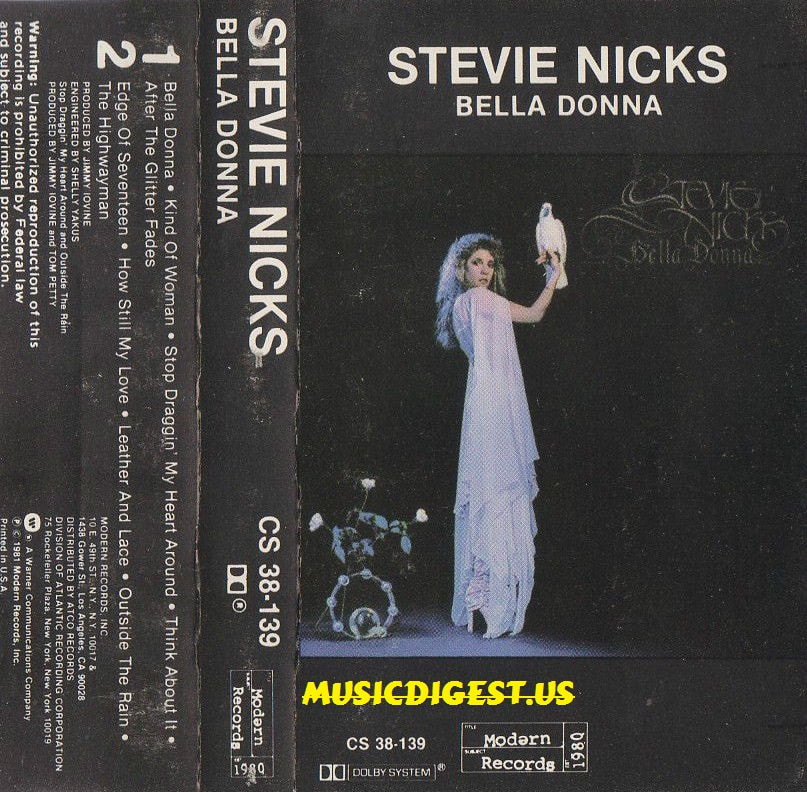 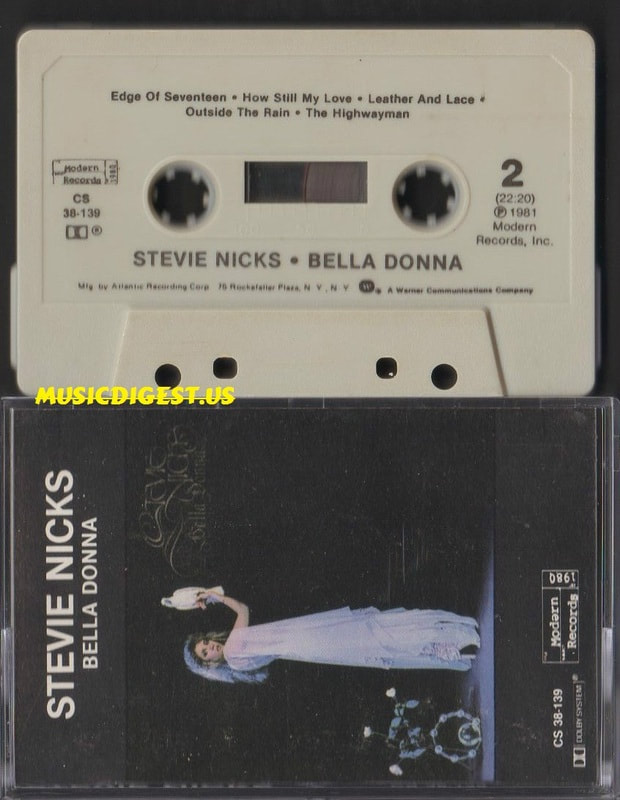 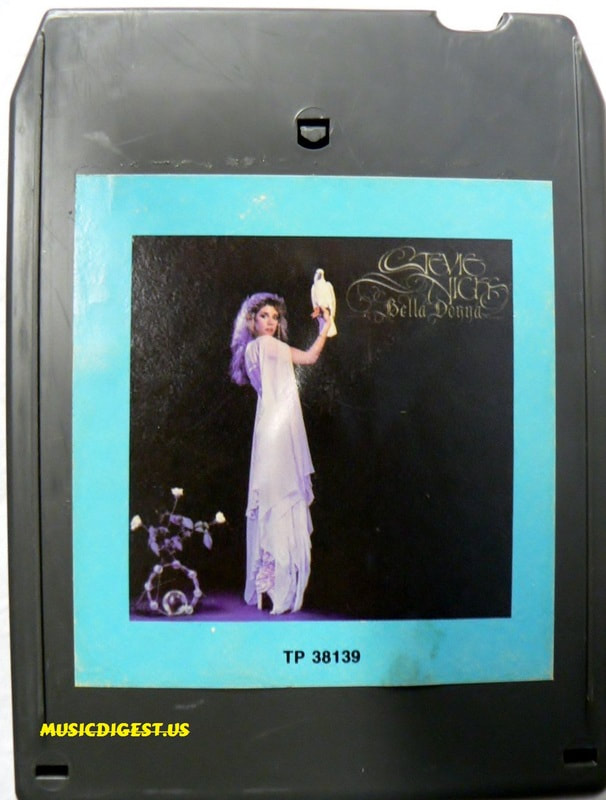 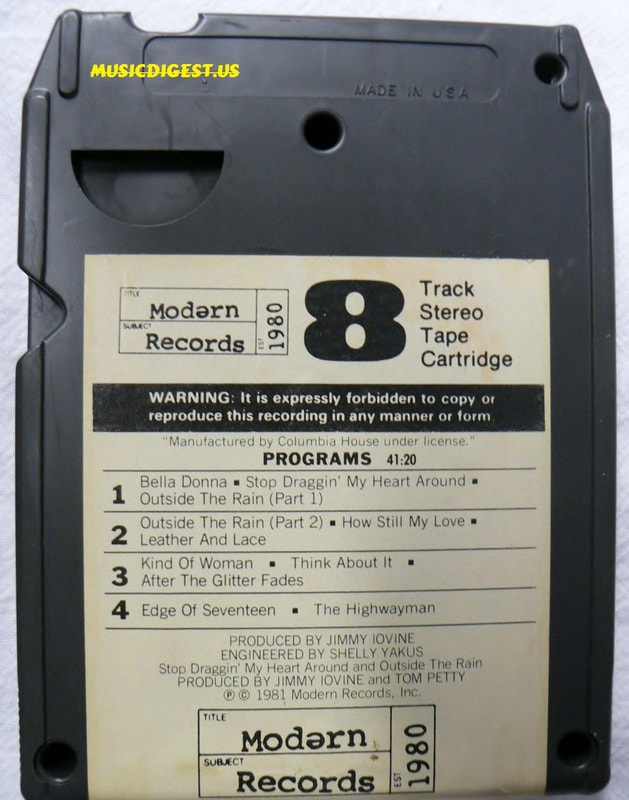 "Be careful when you follow the masses. Sometimes the M is silent."😉