Nov 2, 2022: ​All Texans: Hypocrisy–The Holy Father and the GOP Jesus Memes Call It Out!
What I find particularly funny yet shockingly-true are GOP Jesus memes.  Please note that I don’t believe that most Republicans are this way, just a sect of die-hard MAGA Republicans.
"Thou shalt love the Lord thy God with all thy heart, and with all thy soul, and with all thy mind. This is the first and great commandment. And the second is like unto it, Thou shalt love thy neighbour as thyself. Unless they are Democrats or they do not support your favorite candidate then you can ignore this and call them all the names you want and hate them as you desire" --Republican Jesus
"Church tomorrow GOPers!! Ties optional. Shined shoes and white hoods mandatory." - Republican Jesus 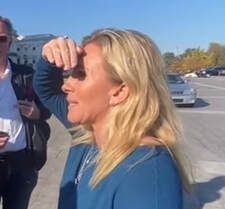