Sept 3, 2015:
​The "gay mafia" does not believe you are allowed to have an opinion that is different to theirs. Though it was building before, the SCOTUS decision on same-sex marriage has emboldened them to previously unheld limits. They will not just say they disagree with you, they will seek to get you fired, banned, censored...or whatever else they can do. The case of the Kentucky clerk is only the beginning. The "gay mafia" narrative is being endorsed and accepted by much of the main stream media as they go out of their way to show how wonderful they are by interviewing a transgender, or show how enlightened they are by working with a gay/lesbian person, create a show that has at least one hay character on it (even if the character is usually comic fodder and looks or acts like a buffoon (ie, Modern family, etc).
In the case of the Kentucky clerk, she was totally trashed by the media and every pro-gay activist that was/is available. One takeaway I noticed even clearer on this issue was that the gay mafia seems to believe that if you ever made a mistake in your entire life, you are automatically disqualified from having any opinion about anything in the future. (The rule does not apply to them, of course, because though we are all equal under the law when it comes to marriage rights, they believe their rights are just more equal).
The clerks argument was reported as her making a choice between "heaven and hell." I don't know if that's an accurate quote or if that was just how the lefty-press reported it. I don't have a theological argument or Bible verse to quote which would imply that God would send her to hell for having her name on a same-sex marriage license. A lot of theological arguments can be made, though, but all of them would not minimize the conviction that this clerk (Kim Davis) holds and has now gone to jail for. Lots of people have strongly held convictions. The number of convictions held decreases when jail is introduced. One of the promises that people usually omit when they are listing the promises that God has laid out for them is that He promised (He guaranteed) that there would be persecution.
When I first started going to church I remember hearing about 'persecution" and being told that it really doesn't happen like it did back then in Bible times..and especially not in America. Maybe it wasn't to that extreme at that time, but when we have Christians being jailed and beheaded on an almost daily basis somewhere in the world.....it certainly is a reality now. Just not here (yet).
End time persecution will not be just a bunch of evil and nasty bad people randomly targeting Christians. It will more than likely start with a foundation of being done "for the greater good." Like, for example, if the greater good of society wants to embrace gay-marriage as a normal rite (and right), then the dissenters need to be minimized or maybe retrained, etc, Could it happen? Absolutely. It's already started.
​With just a few exceptions, The same crowd that is so vocal about Kim Davis not doing her job has fallen rather silent over the Muslim air attendant who was suspended for not serving alcohol and is demanding her job back.

Sept 20, 2010:​
​Newly appointed Great Lakes czar, John Goss wants to dredge the bottom of Lake Michigan and remove all the junk...... but it's against federal law to disturb a union burial ground.

We already have a witch as Speaker of The House....jus sayin..
​"What's all this I hear about Christine O'Donnell practicing World of Warcraft?" -Emily Litella
When I was younger, I dabbled in witchcraft. I called it "watching Bewitched on Mondays nights."
Witchcraft vs. Obamanomics: One is childish nonsense that can't possibly work. The other is magic practiced by witches.
​The only mistake Christine O'Donnell made from a PR perspective was that she should have said she dabbled in "Muslim" witchcraft....


Don’t forget to pick up your free “Obama in 2012” t-shirts at the unemployment office!!!
Only 2 more shopping days 'til the end of Recovery Summer!

Women have finally achieved political parity. There are great female candidates in 2010 and then there’s Murkowsk
There's really not much difference between going on dates to satanic altars and serving in the U.S. Senate.
Washington D.C. (Deadbeat Central)

​Hurricane Earl was downgraded to a Category 1 Friday morning when the National Hurricane Center noticed he shaved his handlebar mustache.

Conan O'Brien will call his new TBS show "Conan"...it's the easiest way to make sure Leno won't steal it.

​An oil platform exploded in the gulf yesterday. Officials are worried crude could spill into the surrounding oil. 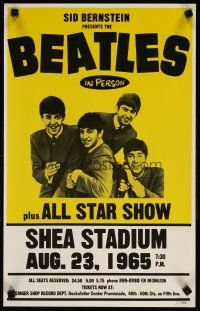