Mar 17, 2022: Stuttgarte Daily Leader: Josh Rieves announces candidacy for Arkansas House Seat 61
Josh Rieves has announced his candidacy for state house district 61. He is seeking the nomination for the Republican primary on May 24, 2022. “I am a mechanic who loves Jesus.” Rieves has been repairing and maintaining cars for 28 years and has been an ASE-certified master automobile technician for 25 years, opening his own repair shop in DeWitt 15 years ago.

Feb 16, 2022: ​A News Cafe: Carlos Zapata: ‘All Eyes Are on Us’ (‘the Sons of Bitches in Charge’)
For nearly two years, before media from around the country converged upon the North State to see the embarrassing political spectacle firsthand, the public comment periods during Shasta County Board of Supervisors meetings were like something out of a Robert’s Rules of Order nightmare. Complete pandemonium. 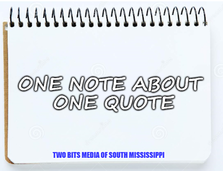 My Response: “Mulatto” is an outdated and offensive term that has been used to denigrate biracial people in the U.S. since the 1700s. Racism within the Republican party is starting to become the norm rather than the exception

May 9, 2022: AlterNet: This far-right Georgia gubernatorial candidate is even more extreme than David Perdue
In Georgia’s 2022 GOP gubernatorial primary, former Sen. David Perdue isn’t the only far-right MAGA extremist who is hoping to unseat Gov. Brian Kemp. Conspiracy theorist Kandiss Taylor is going after Kemp as well, and she is even more extreme and radical than Perdue.
Mar 5, 2022: The Grio: ​Herschel Walker taking no sides in Georgia’s GOP contest for governor
​Herschel Walker, a Senate candidate, worries a nasty primary between Gov. Brian Kemp and David Perdue could cost Republicans in the November election

March 1, 2022: New York Times: ​Cuomo’s New Approach to Restoring His Reputation: TV Ads
Good morning. It’s Tuesday. We’ll look at former Gov. Andrew Cuomo’s new television ads, which say he was a victim of “political attacks.”
Feb 25, 2022: MSN: N.Y. Attorney General James continues civil probe, deposition of Trump family ‘without fear or favor’
​New York Attorney General James on Friday said she was ready for a months-long standoff with former President Donald Trump and his adult kids — who are attempting to dodge sitting for a court-ordered deposition on appeal.
“Donald J. Trump, Donald Trump, Jr., and Ivanka Trump were ordered by the court to comply with our lawful investigation into Mr. Trump and the Trump Organization’s financial dealings. While they have the right to seek a delay, they cannot deter us from following the facts and the law wherever they may lead,” said James in a statement.
Feb 15, 2022: Politico: ​POLITICO Playbook PM: House Dem retirements hit 30, a modern record
Rep. KATHLEEN RICE (D-N.Y.) said that she won’t run for reelection, making her the 30th Democratic retirement this cycle, which the NRCC is touting as the highest for Dems since 1992.
Feb 15, 2022: The Observer: ​Artists in New York State Can Apply for Need-Based, 18-Month Grants
​These grants allocate $1,000 per month per artist, and $65,000-salary jobs are also available.

CNN: ​The surprising details behind DeSantis’ and Abbott’s immigration stunts 9.15.22
June 9, 2022: Only Sky Media: ​Republican Rep. Louie Gohmert: ‘More prayers’ would stop mass shootings
​During a floor speech on Wednesday, Rep. Louie Gohmert of Texas argued against gun safety legislation, saying that prayers to the Christian God were a better alternative to stop mass shootings. (It’s the same thing he said a decade ago after another massacre.)